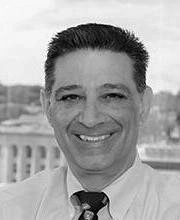 He is Director of the Center for Experimental Therapeutics and Reperfusion Injury at Brigham and Women’s Hospital and Co-Director of the Brigham Research Institute. Charles received a Bachelor of Science in biochemistry from Stony Brook University followed by a Doctorate in experimental pathology and medical sciences from New York University School of Medicine. He was a visiting scientist and postdoctoral fellow at the Karolinska Institutet, Stockholm with Professor Bengt Samuelsson (Nobel Laurate Medicine 82). In 1987, he joined the faculty at Harvard Medical School and in 1996 received the honorary degree from Harvard University.

His h-index is 172 in google scholar.